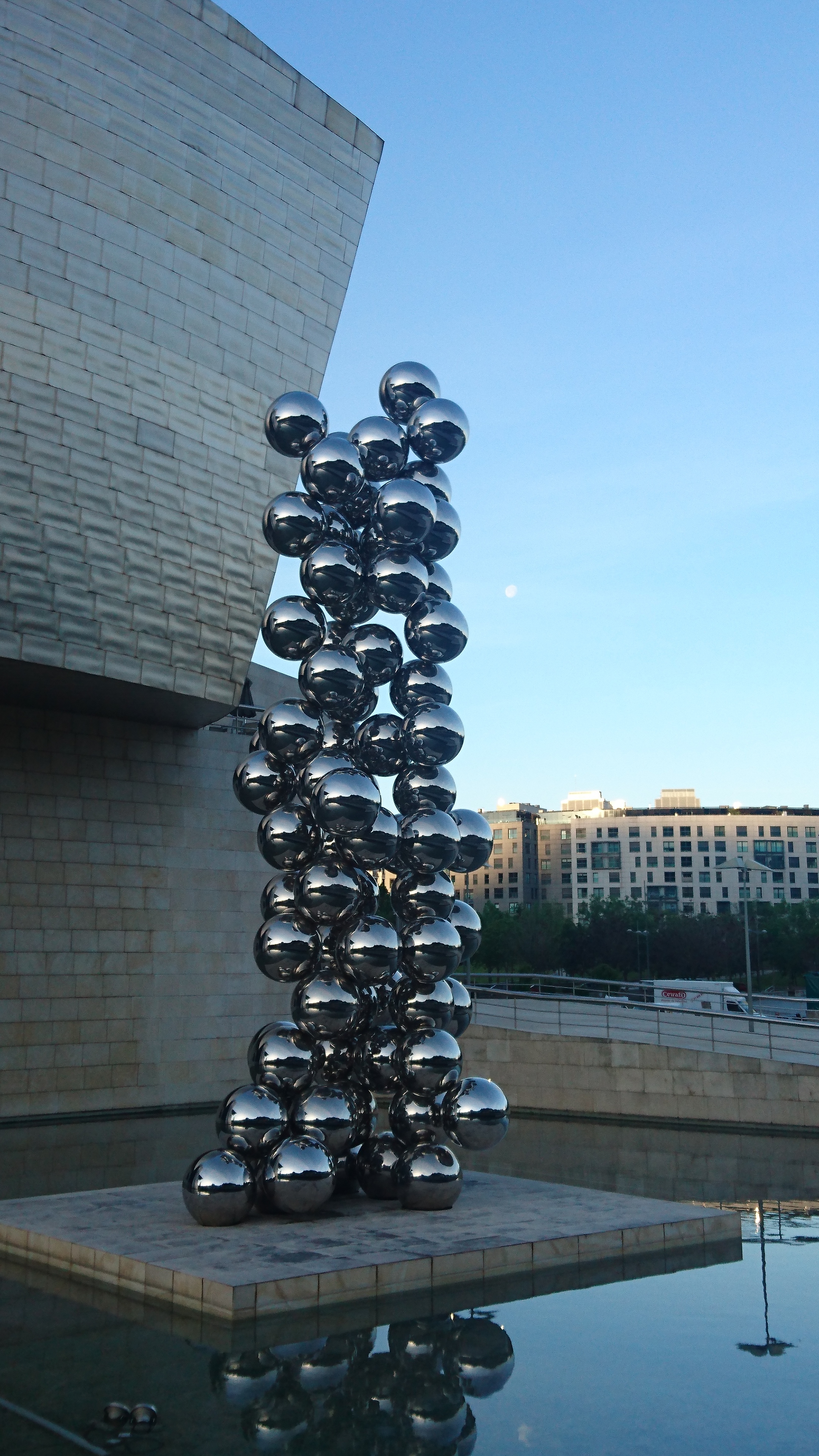 The first time I’d heard of Bilbao was from Blake, right after millions were spent on construction of the Guggenheim to revitalize an area that once thrived with an active port. A stairwell/crossing resembling the inside of a ship’s hull pays homage to this history.

I’ve twice been to the city and seen the outside of the museum but still haven’t been inside. What could outdo the beauty seen from the outside?

Plus I had the privilege of a local guide in Ibon, whom I’d met at WCEU in 2016 when he was sitting alone and I chatted him up against his will. He picked me up from the airport on the way to WC Santander in November, but first took me to a bunch of amazing places for pintxos until we burst.

We agreed to disagree on this building, which I liked because it reminded me of ice cubes. Ibon is also why I’m at WC Bilbao to give my first docs workshop. He’s lead organizer so I saw little of him this time around, and instead had Dani to torture as we walked around town, looking for jamon and other yummy things to eat. He even got up early to do the morning walkabout with me, plus breakfast.

I did not, however, buy an entire leg of jamon on Dani’s suggestion: “It’s not that much money, you’ll probably finish a quarter of it in a couple months, and then you can bring it to GM and be the most popular person there.” Uh, no. Why not? Because I’m not that crazy. Imagine the hassle of bringing a “special carryon” on the plane. Definitely no.